The people who make these new toys calleds K9 Connectables kindly sent MADRA some of them to try out to see if the doggies would likes them. Most of the doggies at the kennels don’t know how to explain stuff properlies like I does, so I was askeds to try them out too and see what I thought.

You see, I’m a bit of an expert in activity toys, ’cause I’ve been using them for years and years.

This toy is good fun!

I’ve had this super puzzle board for evers and evers and I like it lots. I’m good at it too, as you can see. I also got that new one at Christmastime, from the grand human, but that one is easy peasy and not so much fun. 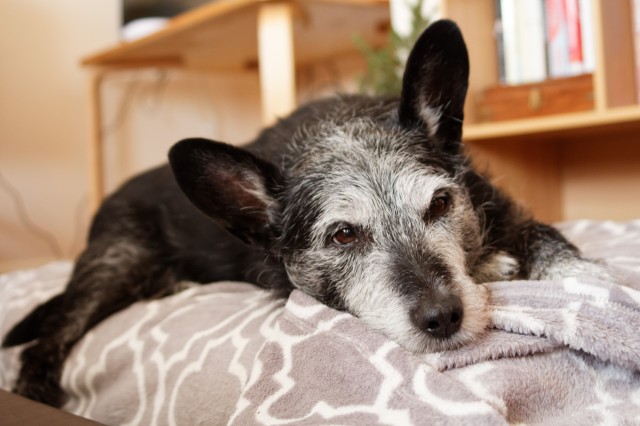 Being boreds is not good for a doggie’s mind!

The idea of activity toys is that us doggies need to use our brains as well as runnings around to be happy and not get into troubles for chewings your shoes.

I agrees, us doggies do better if we are busy, especially younger ones. But activity toys are great fun for us older doggies too, because we can’t do too much runnings anymore, but we’re still interested in doing stuff. And they says that older people and doggies who keep their mind exercised stay smarter for longers.

I plans to stay smart for a long time to come!

So I likes the idea of intelligence toys a lot. Plus they always involves treats and I loves treats! 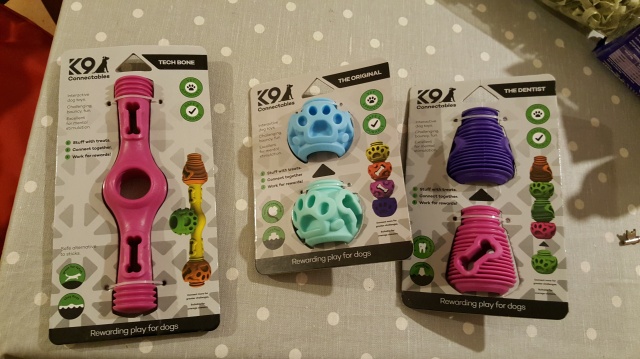 There’s lots of bitties you can stick togethers.

This one comes in lots of little bitties that you can stick together in different ways. It’s made out of rubbers, but not as hard as a Kong type rubber, kind of more squishies than that.

You can stick the treats so they stick out of the holes and the doggie has to pull them out. That’s pretty easies and I likes doing that.

Or you can fills treats into the bouncy bits, which attach to each other or the sticky bit. If the treats are small enough to fall out through the holes, that is perfectly fines and fun for me.

But you can also put in big treats and expects your doggie to takes the bits apart to get to eats them. I found this bit very frustratings!

I’ve had some of these toys since I was a pupster!

You see, I’m a careful doggie and likes to be gentle with my toys. So I can see how I coulds take them in my mouth and pulls until they comes off, but I can’t manages to do it! I tried pullings the ends, but they just didn’t moves.

So I trieds throwing the toy around in the hopes that they might comes apart if I did, but they are pretty well put togethers.

So I admits it, I starteds barking a bit in the hopes it might listen and fall apart for me!

I think if I was a bigger doggie I might manages better, maybe they will makes a small doggie version for us doggies with smaller mouths?!

Apart from that, I likeds the toy lots and I can see how you could do lots of fun stuff with it, likes stuffing it with my dinner like with a Kong. 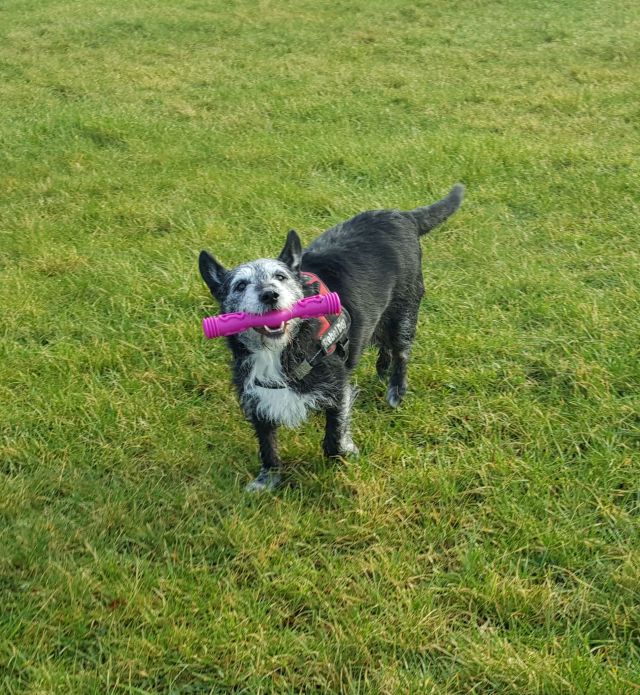 The sticky bit is great fun for fetch!

And the bally bits all bounces nicely too. Plus the sticky bit in the middle is great for playing fetch. The human says it says on the packet that they all floats too, but I think I better not go swimming with it, ’cause I sometimes loses my toy when I’m swimming (the human says I’m too wussies, but I calls it being sensibles and not wanting to drown!) and that would be a real shame.

I thinks this toy would be especially good for Collies, ’cause they’re smart and needs to do lots of stuff and also got bigger mouths than I do!

But all kinds of doggies can have fun with this toy – even if they does end up barkings in frustration a bit!

I am a rescue doggie who was saved by MADRA, a dog rescue based in Co Galway, Ireland. I was adopteds a long time ago and have a great life with my humans, so I does whatever I can to help the other doggies who aren't as lucky as me. You can find MADRA's website here: www.madra.ie
View all posts by jaspermadra →
This entry was posted in dog training, Dogs, older dogs, positive training, shelter, Uncategorized and tagged dog training, dogs, Ireland, shelter. Bookmark the permalink.