Thank you all lovely humans for sponsoring me!

Hello humans, first of all I wants to say a great big, big, BIG thank you to all of you who sponsoreds me for the Dogathon and helpeds me reach my target with three weeks to go.

I’ve been asking my human if she thinks it would sounds greedies if I ups my target and tries for a thousand monies instead of six hundreds. I don’t think it does, but the human often tells me that us doggies have no sense of proportions when it comes to stuff like eatings, ’cause we’re nearly all greedies. So maybe it’s the same with collecting monies? So I thought I’d better ask. 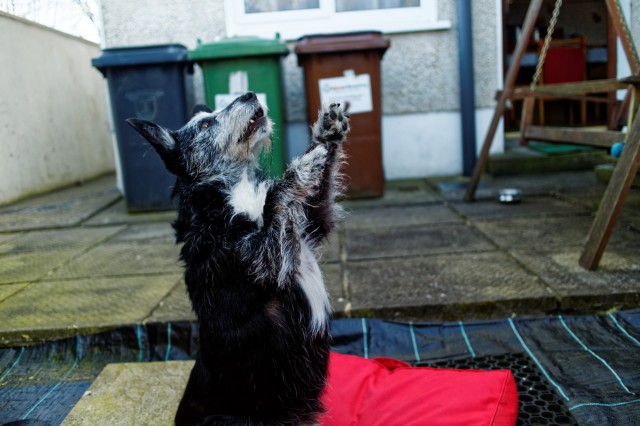 Beggings is OK if you does it for other people.

The human said it was OK though, ’cause I’m doing it for other dogs, not myself and I might as well tries it. But she said I better tell you one of my super duper lovely adventures to thanks you all for being so generous and lovelies.

I don’t have very much exciting stuff to talk about really, but I have been pretty busy latelies doing household stuffs. See the weather got better and my grand human has started workings in the garden again, which is pretty exhaustings I can tells you. She keeps complainings about me barkings too much when I helps her, but I think she’s exaggeratings again. I only barks a teeny, tiny little bitty here and there…

And with this nice weather, me and my human have been going on extra long moochy walkies again, without the human getting all grumpies and moanings about being cold and wet and stuff.

On Sunday we had a really lovely one, two hours of sniffings every single bittie we passed by! And the human let me and only started complainigns about my being too slow and wantings to get home because she was hungries and neededs to go pee at the very end. Human, you’re completely confused about peeings – you’re meant to pee OUTSIDE on your walk, not wait until you get home again! If someone could explain this to my human, so she’ll stop moanings, I’d be very gratefuls indeed.

Would you believe she had the nerve to say that watching me pee every two minutes only made it worse?!

Anyhow, all that was lovely, but then came the downside of fame…
The human said if I was collecting monies and showing my face all over the place, I’d better look nice and clean and brusheds so people wouldn’t think she was neglectings me. She said my spring bath was way overdues and I was filthies.

There’s no arguings when she makes up her mind about stuff like that, so I tried to hides instead… 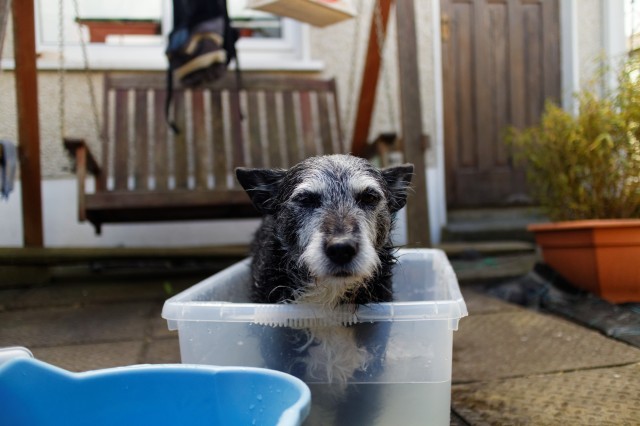 I think I’ll pee on your shoes…

So, there I was, hidings under the table and I got dragged out and carried into the bath tub. Then, to add insult to injuries, the human took pictures of me ’cause she said I lookeds so depressed it was funny?! Sometimes I hates the human… 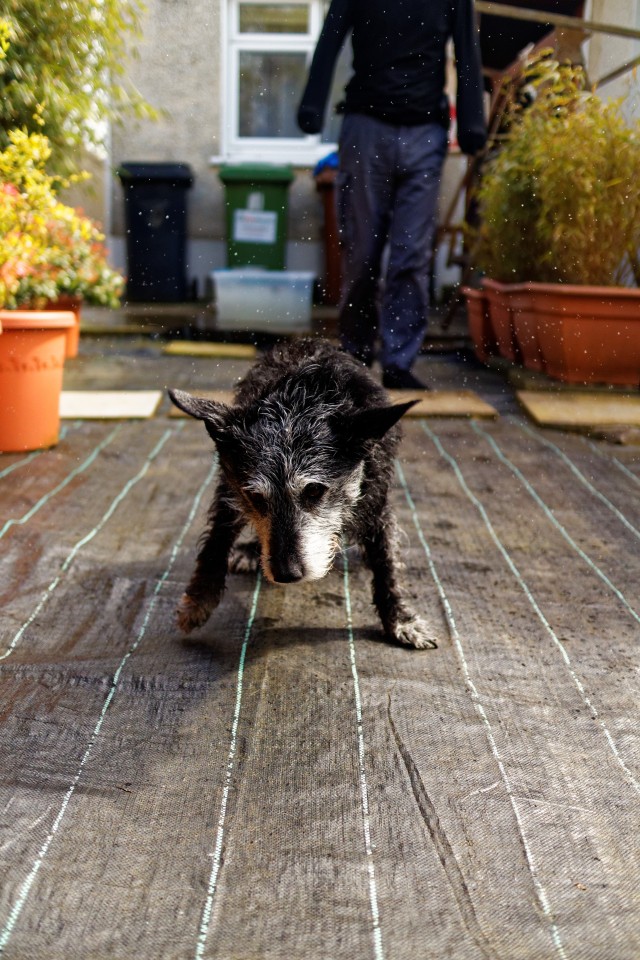 Gotta shake off the shampoo stinky!

Horrible stinky shampoo all over… 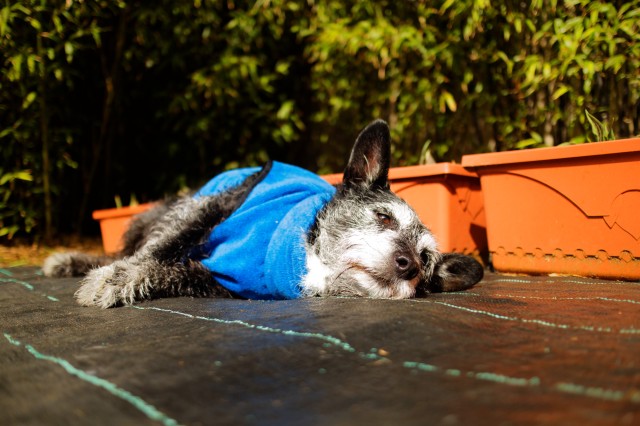 The things a little dog has to put up with…

Then it was dryings off, which isn’t too bad, but then the human put the towel coat on me. So I thought I might as well lay down and dies…

Jade even came to sit next to me ’cause she felt sorry for me!

You owes me big time humans!

So that ruineds my weekend really – all the kennel dogs better appreciates all of the sacrifices I makes for them!

Still, I did get rewardeds with a nice chewy at the end, so life isn’t that bad!

Don’t forgets you can still sponsors me for the Dogathon.

I am a rescue doggie who was saved by MADRA, a dog rescue based in Co Galway, Ireland. I was adopteds a long time ago and have a great life with my humans, so I does whatever I can to help the other doggies who aren't as lucky as me. You can find MADRA's website here: www.madra.ie
View all posts by jaspermadra →
This entry was posted in Bath time, Dog rescue, photography, shelter, Uncategorized and tagged dog, dog grooming, dog photography, dog rescue, dog training, dogs, fundraising, Jasper's Training Tips, MADRA, Mutts Anonymous Dog Rescue And Adoption, shelter. Bookmark the permalink.