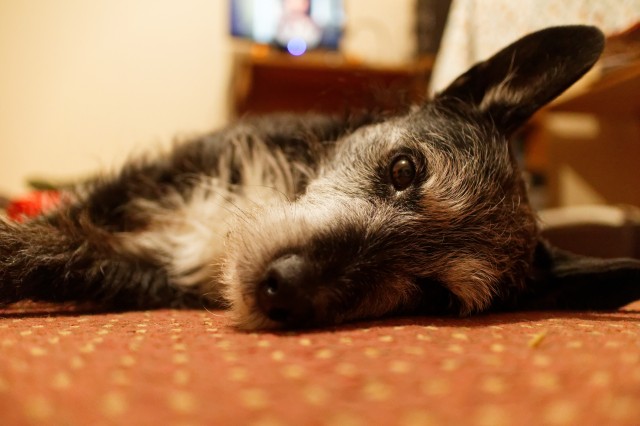 How on earth do they think of this stuff?!

Some humans believes the silliest things about us doggies. I mean, things that don’t makes no sense AT ALL. Some of them are so silly that you just has to laughs at them, but some of them actually harms us doggies. So I thought I’d do up a list of some of the silliest and explains why they’re wrong. I’m starting with this one.

#1 -Letting your dog sit on the furniture makes them dominants 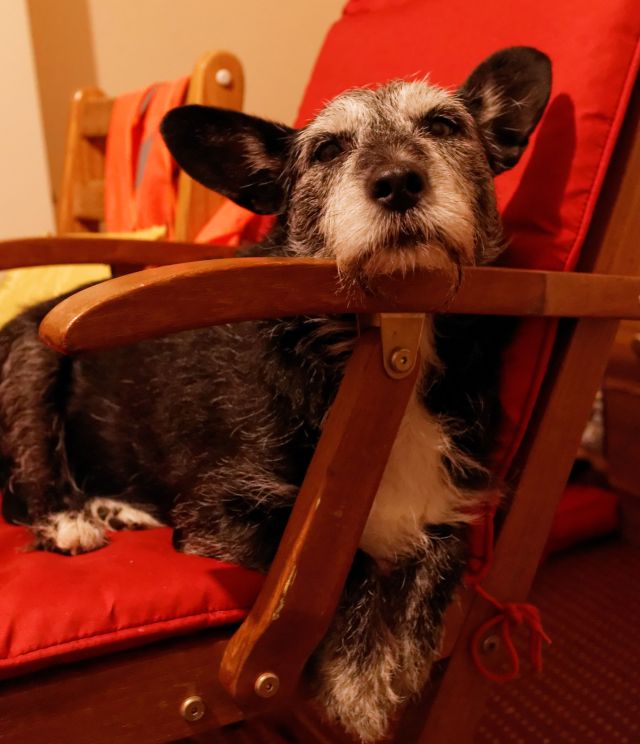 You can be the boss if I can be the doggie who sits on the comfy chair!

This one is some weird crackpots theory that us doggies will try and boss everythings if we ever gets to sit on the same level or higher than the humans. Peoples who believes this also often believes that you should never sit on the floor with your doggie neithers, ’cause you’re putting yourself on the same level as us and next thing you know, we’ll be plotting to take over the world and bullyings the humans.

I likes borrowing the human’s bed sometimes ’cause it’s comfies.

I’m sorry humans, but this kind of thing says more about you humans than us doggies!
Life in the doggie world is not some big Olympics competition with everyone gradeds in order of who gets to bullies who and a winner’s podium thingie where we all gets to sit on different steps accordings to how big bullies we are. Life in the doggie world is all about respectings and toleratings each other, not bullyings.

Most of us doggies manages to get along without worryings about who is the boss.

Humans can be awfully annoyings, so you has to go and hide a lot, but showing you’re annoyeds isn’t being dominants…

That doesn’t mean you can’t have problems around dogs sitting on furniture. Because couches and beds are SUPER comfies and doggies can get a bit mean and stingies and not want to share, just like you humans do. And if you’re all sitting together so close, it’s easier to annoy each other, especially ’cause you humans can be so super annoyings at times and ignores all our signals.

Us doggies understands about needing your own bed.

So you got to have some rules. Like teaching your dog to get off when you tells them to. And it’s OK to never, ever let your doggie on the furniture if you doesn’t want to. We understands stuff like that. I mean, I don’t likes sharing my bed either, so I understands how the humans likes their own space too. But if you do want to let your dog sit on your furniture, don’t worries about it. You can have a happy, well behaved doggies even if they sit on the couch with you.

King of the stairs 😉

Anyone who ever met a little Jack Russell must realises that this one is just plain wrong. I mean, little doggies are down lower than pretty much everythings and they still thinks they’re in charge of all the bigger doggies and the humans! And it’s not ’cause they can climbs so well…

Us doggies don’t spend our days with a measuring tape, seeing who’s standing higher than the other person. We just does what works for us and tries to get away with as much as we can.

The only thing to remember is that us doggies need consistencies. So if you don’t want your doggie on the bed, NEVER let them on the bed. Us doggies get confused if you keep changing your mind all the time!

I am a rescue doggie who was saved by MADRA, a dog rescue based in Co Galway, Ireland. I was adopteds a long time ago and have a great life with my humans, so I does whatever I can to help the other doggies who aren't as lucky as me. You can find MADRA's website here: www.madra.ie
View all posts by jaspermadra →
This entry was posted in Dog rescue, dog training, Dogs, dominance theory, photography, positive training and tagged dog, dog rescue, dog training, dogs. Bookmark the permalink.