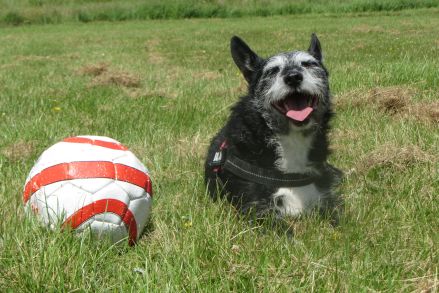 You got to let the humans think they’re in charge!

Would you believe the human is giving training advice to other humans at MADRA days and stuff now?! I haves to laugh, ’cause I taught her everythings she knows about doggies! I was the very first doggie the human ever had and, before she got me she knew NOTHINGS about doggie trainings! It’s me who should be giving the other humans advice on how to train a human to keep a doggie happy! 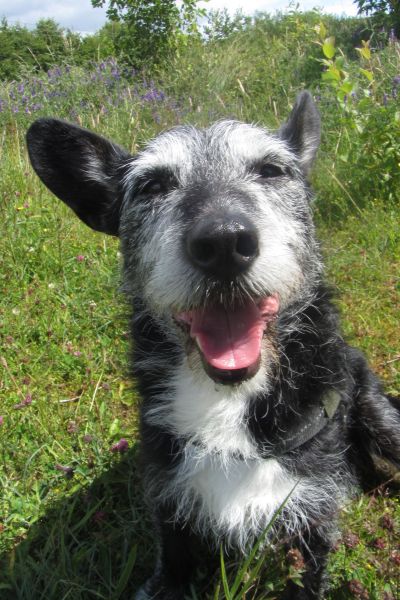 I had to learn a lot of stuff at first.

I admits it, in the beginning the human had to teach me loads of stuff, so I could be a well behaveds doggie and not hurt myself, or do anything too stupids, or annoy the humans too much. 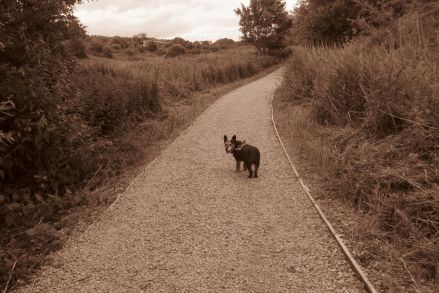 I got them humans under my thumb!

But in the last few years, I got much, much better at training them than they are at training me. Ever since I ouchied my legs, I’ve been able to wrap them gullibles humans around my little toesies. 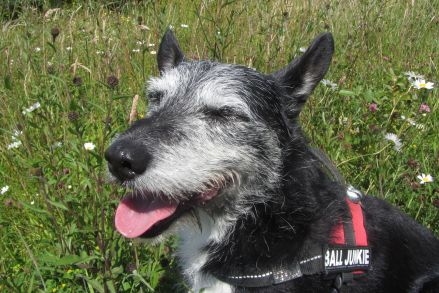 You gott a know how to manage the humans 😉

Any time I don’t feel like walking their way, I just has to look sad and sit down as if my legs are ouchies and they immediately stops and waits for me and worries that I’m hurting lots. And if they keeps on walking the wrong way, I just pretends my legs are feeling really, really ouchies and I haves to go really slowlies. 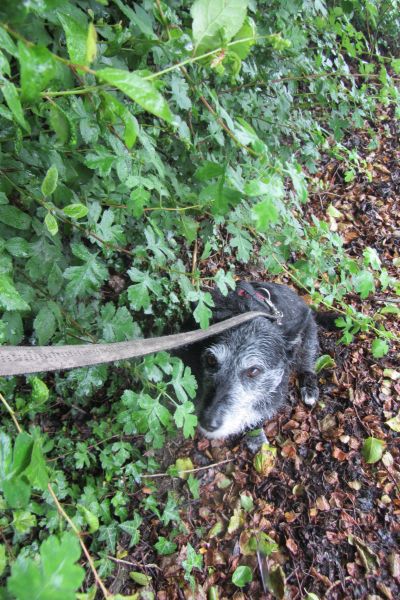 Surely you can’t force a poor little ouchy doggie to walks in the rain?!

I got them traineds up so well by looking sad that they hardly ever forces me to go the way I don’t want to anymore and they let me stop and sniff and pee most of the time. 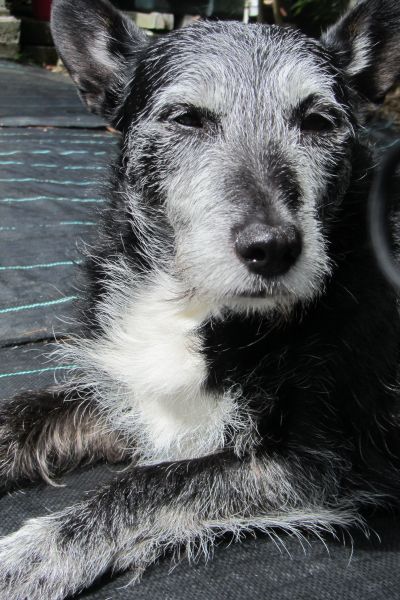 That vet is a tattle tale!

I got them humans so well fooled that, when I had my boosters they asked the vet to check all my legs extra speciallies, just to make sure I wasn’t really ouchies, ’cause they say I’m getting slower. That sneaky tattle tails vet told them that they couldn’t find anything wrong with my legs considering I had two cruciate operations and they don’t think I’m really very ouchies at all! And I spent ages trainings the humans to believe I was a poor ouchies doggie who should get to go my way. The humans now realises that I’m sneakies, but I think I got them trained well enough at this stage to let me go on going my way, even if they don’t think that I’m really ouchies anymore. 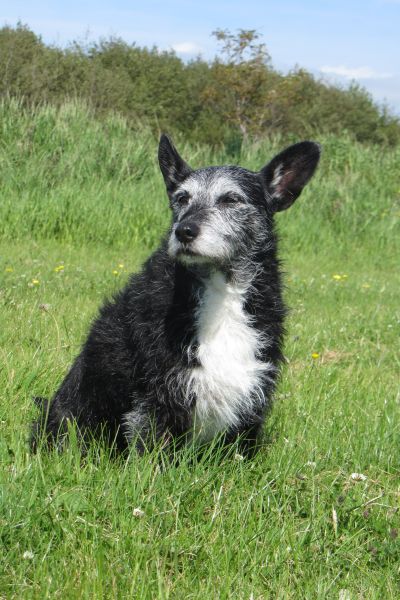 You can’t win them all, but you can try…

Some doggie never realises they can train the humans and just goes on doing what the humans wants them to, but not me, ’cause I’m smart AND stubborns! I never forgets anything, so if I gets away with something once, I remembers and keeps on trying until I gets my way again. The humans are pretty easy goings, so I manages them pretty well for the little stuff. 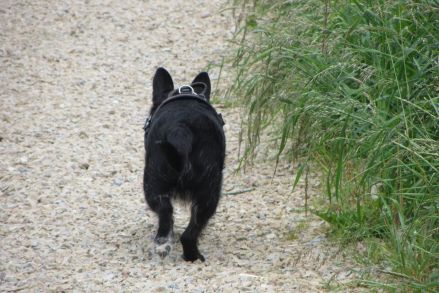 You got to pick your battles with the humans.

They never lets me get away with the important stuff of course, like anything that could hurt me if I did it. And they are still REALLY mean with giving me food and stuff, ’cause they say that it’s importants that I don’t get too fat, so the big eyes don’t always work. But you can’t win them all I guess…

I am a rescue doggie who was saved by MADRA, a dog rescue based in Co Galway, Ireland. I was adopteds a long time ago and have a great life with my humans, so I does whatever I can to help the other doggies who aren't as lucky as me. You can find MADRA's website here: www.madra.ie
View all posts by jaspermadra →
This entry was posted in Dog rescue, dog training, Dogs, photography, positive training, shelter and tagged dog, dog photography, dog rescue, dogs, dominance theory. Bookmark the permalink.