Them humans can be so annoyings. Today they they came home and left again nearly right away without walkings me, saying they had an appointments they had to go to. And it was a really nice, lovelies, perfect for nice moochy walkings, day. OK, they did finally come back and walks me two hours later, but by then the best bit of the day was already overs.

Humans are stupids about smellies…

So anyhows, I made the best of it once the humans did finally take me out. Since it was such a nice day, the humans decideds to take my harness off and lets me get some fresh air. This gave me a chance to roll properlies in some really, really nice smellies when the humans wasn’t lookings my way for a second.

I just takes myself right home after I rolls in smellies.

I was smelling lovelies and feeling really happies, but then of course the humans saw it and I remembereds that the humans are complete dummies when it comes to smellies and never lets a doggie keep the lovely smellies they finds. 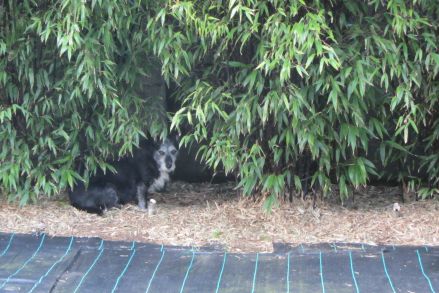 Don’t think I’m coming near you and that bath tub!

I couldn’t help rememberings because the humans started giving out right away and saying stupid stuffs like: “Disgusting Jasper, bad doggie! It’s bath time for you!”.  I knows there’s no point even talkings to the humans when they get like thats, so I just walked myself home again ignorings them. 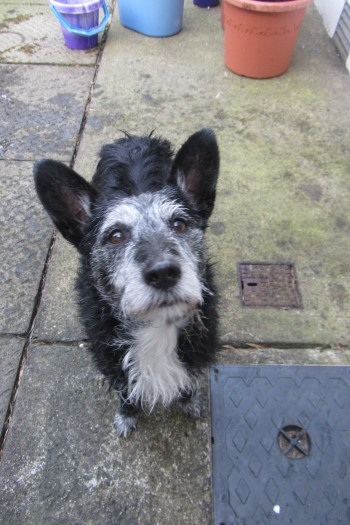 Then when we got home, the humans said: “Don’t think you’re coming in the house smellings like that!” and made stay out in the garden. I mean me, banished from the house!

Clean and stinkings of shampoo instead of nice smellies…

Even worse, they started fillings big buckets of water, which is always a sign to go and hides…

So, of course they batheds me with the horrible stinky shampoo and now all the nice smellies is gone and I stinks again. And then, to add insults to injuries, they put on my horrible towel coat, ’cause they said they didn’t wants me to get cold after my bath. 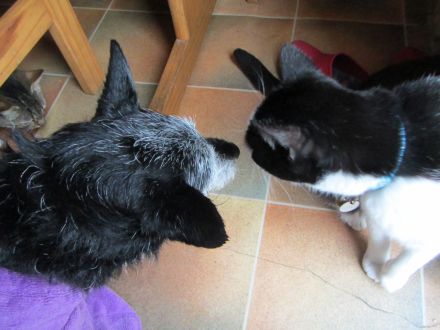 How come you never has to take a bath?!

You humans don’t know how luckies you are that I haven’t ever bitten you… yet!

I am a rescue doggie who was saved by MADRA, a dog rescue based in Co Galway, Ireland. I was adopteds a long time ago and have a great life with my humans, so I does whatever I can to help the other doggies who aren't as lucky as me. You can find MADRA's website here: www.madra.ie
View all posts by jaspermadra →
This entry was posted in Bath time, Dog rescue, dog training, Dogs, positive training and tagged bath, dog, dog grooming, dog rescue, dog training, poo rolling. Bookmark the permalink.