I guess this one!

Did you know us doggies likes to gamble? We thinks its great fun and don’t mind at alls if we don’t get to do stuff every times, we’ll just keeps on hoping and trying for the next time.

The humans calls it variable reinforcement and it just means us doggies will be more exciteds if we have to keep on guessing rather than knowing when the reward will come. They says it’s like playing slot machines for the humans, which is why I calls it gamblings! 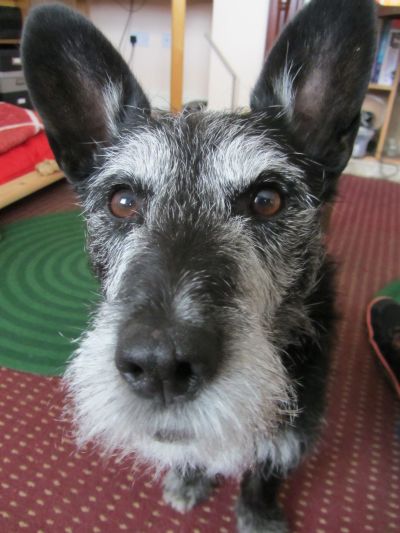 Surely you want to gives me just a little bitty taste?

Like beggings, some of the humans NEVER gives me anything when they’re eatings, the meanies! So I don’t bother to begs of them, cause there’s no point.
But some of them gives me a little bit every now and agains when I do my bestest big eyes at them, so I tries it every time just hopings and don’t minds if it doesn’t always work, ’cause it’s even more fun if you only gets what you wants sometimes!

He he, got to go my way this time!

Sometimes when we’re out walkings, the humans let me pick which way we should walks, so I always tries to walk my way first. Sometimes it works, so I don’t mind the times it doesn’t!

Some humans won’t let their doggie on the couch, but then sometimes they feel like cuddlings and say “OK, you can come up”. So they shouldn’t be surprised if their doggies tries to get on the couch all the time, even if most times it is NO! 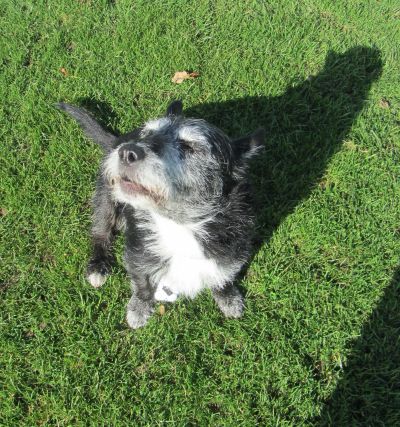 Admits it, I got you wrapped around my little toesies!

So if the humans don’t wants us doggies to not do stuff, they haves to NEVER lets us do it, cause if they only lets us do it sometimes when they’re too lazy to stops us or whatever, we’ll keep tryings ALL the time and we won’t mind one bit if we only wins sometimes. It’ll actually make us want to do it more!

That’s why I keeps on looking for the lazy pointer every time the humans tells me I did somethings extra good, even if they hardly ever gives it to me. A doggie’s gotta go on hopings!

I am a rescue doggie who was saved by MADRA, a dog rescue based in Co Galway, Ireland. I was adopteds a long time ago and have a great life with my humans, so I does whatever I can to help the other doggies who aren't as lucky as me. You can find MADRA's website here: www.madra.ie
View all posts by jaspermadra →
This entry was posted in Dog rescue, dog training, Dogs, shelter and tagged dog, dog rescue, dog training, dogs, Galway, gambling, Ireland, Jasper's Training Tips, MADRA, Mutts Anonymous Dog Rescue And Adoption, shelter, variable reinforcement. Bookmark the permalink.