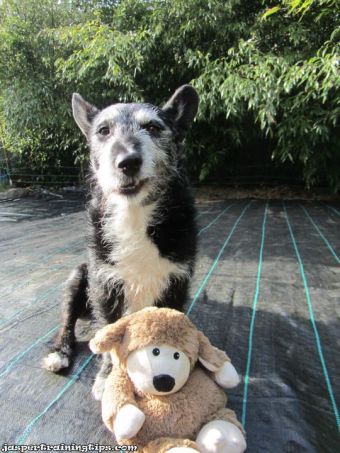 Annoyeds the humans don’t have time to play with me ’cause of all the lost and found!

One of the humans has to waste lots and lots of times when she could be playings with me insteads because people don’t keep their doggies safe enough. ‘Cause dogs keep on getting lost and found and she has to put them up on that borings computer thingie so they can go home to their humans again.

You humans need to keep a close eye on your doggie and make sure they are wearing an id tag and have a microchip so they can go home quickly if they gets lost. Then my human can have lots more time to play with me instead!

The humans made me this good infographics to show you why you shouldn’t let your doggie out alone. They’re just kidding about the aliens – I hopes!

Us doggies aren’t alloweds to walk around outside by ourselves, ’cause it’s too dangerous with all the cars and stuff. And us doggies sometimes do stupid stuff if the humans aren’t watching, so we’d better not go out alone just in case. Some peoples are scared of doggies too, especially childrens, so it’s not fair to let us roam ’cause they may get scareds.

Us doggies are smart (at least some of us!), but we don’t always remember to be carefuls. Make sure we can’t gets run over by cars, keep us on a leads near traffic. Keep a collar and tag on us when out and about so the humans can find us if we goes missing and gets us microchipped in case we loses the humans AND our collars!

Let me explains it again – us doggies don’t likes getting lost ’cause we get scareds.

Lots and lots and lots of the doggies in MADRA came there from the pound cause people forgots to tag their dog and they couldn’t find their humans again. They’re all really sad and lonelies and missing their humans and I bets the humans are too. I’d be SO sad if I lost my humans and worrieds too, cause the humans can’t manages without me! 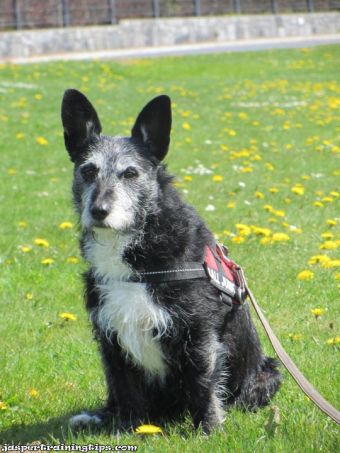 The humans knows I’m valuables, so they keeps me safe!

Luckily my humans knows this and make sure that they always knows where I am. My humans even comes lookings for me if I spend an extra minute in the garden going to the toilet – even though we got locked gates so I can’t get out! I don’t mind though, I know they’re just taking extra care ’cause they know I’m special and they’ll never find another Jasper dog if they lose this one.